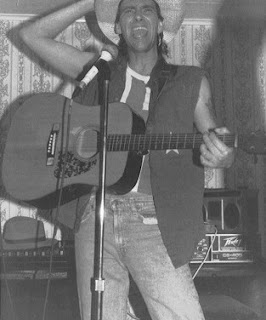 Kenny's name was always spoken with a warm-hearted laugh and a roll of the eyes, followed by some story of crazy escapades. Some even called him "Psycho Kenny," but in today's tidy education-speak he might be considered an individual with "multiple exceptionalities." He was gifted, spastic, addicted, and overflowing with creativity all at the same time. Not easy for someone like Kenny to fit into a classroom, four walls, or a band.


Jeff Coleman: I first met Kenny hanging out in a park, sometime in the early 70's. He was sitting on a rail fence in front of the amphitheater there, playing his guitar, with a circle of people around him. As I got closer, I realized that he was making up a song about the hat I was wearing- it was pretty funny. I hung out for a while and everyone who came by had some lyrics sung about them.

He was the first singer of Lancaster's first full-on punk band, The Bodies and wrote songs ready to play with anyone willing to put up with that lanky hyperactive personality. 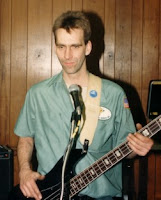 Gumby: Kenny was a nice guy and extremely talented with some great songs but he had a bad drug and alcohol problem.... Johnny Scrotum: Tommy caught Kenny shooting heroin in the bathroom of his parent’s house.... He had just purchased, found, or stole a female manikin which he used as a microphone stand. Once the heroin kicked in, Kenny took it upon himself to dry hump the naked manikin on the front yard...in a typical suburban neighborhood.... At this point we all knew that Kenny was not going to work out long term. He was too much of a mess.

A few years later he went into the studio with Jeff Coleman and Steve Patton (The Blame, Fender Twinns, The Red Roosters). They got on tape what may be a tiny few of hundreds of songs Kenny wrote in his wanderings, and Jeff's cheesy synth organ give them a super cool pop flair.


Jeff Coleman: ...Kenny came in and played guitar along with drummer Steve Patton. Later I "bounced" those tracks to another tape machine while adding stuff like bass, guitars, and keyboards. At some point we'd get Kenny back to redo vocals, which was really hard for him, because he wasn't in a band then and the structure was loose.

I first met Kenny hanging out at State of Confusion, the Cotton sisters' punk rock shop in downtown Lancaster. He played in the store once around '85 or '86 with Rex Litwin, Rustle Noonetwisting (The Real Gone, Jack Lord's Hair, The Chelsea Squares), and Steve Patton as backup band billed as Kenny Gross's Suicide. I don't think anyone recorded it, but I still have Kenny's chorus in my head, "I wanna kill Dick Clark, so I can be the world's oldest teenager...."

In 1987 Kenny played with a short-lived band called Future X and recorded a few songs on a boombox.


Dan MacLellan: All who knew Kenny had a story as Kenny was the “great story teller”. One never knew if his stories were truth or fable though you could never deny his ability to write great lyrics. 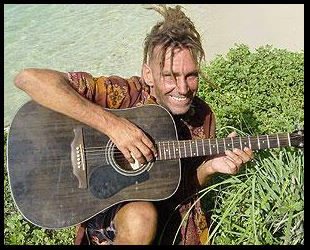 Drew "Loki" Shaw: I don't remember the exact time I met Kenny but he and I both were hustling for dollars and sleeping on Simonton Beach in Key West, Florida I instantly loved the guy! He was wearing a dress and singing his song "Bum Sleep Beach" on Duvall Street and I had to sit down and just listen man....

A musician and songwriter, Gross performed solo and with several former bands, including the Bodies, Future X, the Psycheholics and Thunder B Band. He previously worked for Burnham Corp., Lancaster, Elixir Industries, Leola, and Lapp Electric, Lancaster. He also was a commercial deep-sea fisherman out of Cape May, N.J., and the Texas coast.
He was a 1971 graduate of Manheim Township High School....

Jeff Coleman: Now I hear that Kenny has died- died while playing music in a park. He wrote a lot of songs, but I suppose most of them are lost now. That's OK- I'm sure they served their purpose. Making music was how Kenny made his way through the world. Still, Kenny dreamed about making records like every singer/songwriter does, and once we got him into my studio in Paradise to record him. ...The songs we recorded at that time are uneven and raw and I think that's about perfect. Even on the sloppiest ones, Kenny's talent comes through, even if it's just one line or an off-hand remark.

Thanks to Jeff Coleman and his basement Steam Powered Studio for the tracks and words. He has a very cool community-minded philosophy:  I don't charge people to record here. I don't charge for the music we make here either. Instead fans sponsor the studio and the work we do. Sponsors get access to the fabulous catalog of 300 or so songs... including the rest of the Kenny Gross session. A veritable archive of Lancaster music from the mid-70s to now.