Rock star? Could be, but maybe Barbara Manning is just too humble and friendly to pull it off.   She makes friends everywhere and seems to form rock bands or collaborate with a good number of them.  She's cut albums on Matador Records but turns down interviews with glossy media that want to dress her up. Because it's all about the band.


Q: If Spin or Rolling Stone asked you to do an interview now, would you?
A: If they would do it with the band, or if I could talk about the band endlessly. It has to be seen as a band or I'll get really bored. I don't want to be alone all the time... my biggest desire as far as music goes is to be in a band where I am not the leader, not the focus, where the audience looks at the whole band rather than me. -Stay Free  (1990s)

I got to see the SF Seals and Barbara's solo shows a few times in the 90s, opening for her Aussie and Kiwi friends Dirty Three and Tall Dwarfs in San Francisco. And she was often in the audience at other shows, without any airs despite being a hot indie item by that time.

Most of that buzz has died down, but recently I've been listening to Barbara Manning through her Radio Detour show on hometown Chico, California's KZFR. [Update: Radio Detour has moved to KBeach, Long Beach every Thursday 7-8pm PST] It's like a window into her brain, her vast knowledge of music "off the beaten track," and her somewhat inept control of station DJ equipment.  She always blows my mind with obscure, influential, and really good music, and makes me laugh with her self-effacing banter and dead-air, wrong-speed, which darn button do I press? goofs.

Barbara's first two bands both existed before she joined up with them, but she quickly became a key part of their sound and songs. Cole Marquis and Barbara "Bobbi" Manning were learning to play guitar and bass, respectively as they went and they shared vocals a la John Doe and Exene and even a bit of The Go Gos This Town on Stones of Judgement. And despite Cole's modest words, they played quite well.


We were so green in the beginning, we could hardly play, but we all believed in what we were doing. We were having fun, and we didn’t hold anything back. We made up for the lack of skill with energy, fear, alcohol and faith.  -Cole

There may not be more genuine singing than from two people romantically tied. Cole and I naturally jumped into each other’s songs, overlapping and responding.... The lyrics were often about each other, as if it were the only way to have our feelings heard. -Barbara

...Barbara’s frustration with one recording session culminated with her screaming at the top of her lungs during a vocal take of “Burnsite” in an effort to deafen me in the control room.... -Russ Tolman (record producer)

How do I explain it? We were very young. It was our first band. We thought we were the best band in the world. We started to hate each other. Isn’t it only natural? -Barbara - Chico News and Review (2003)

San Francisco's World of Pooh picked up Barbara where 28th Day let her off,  bringing an edgier sound with more distortion in some places and more Batsy New Zealand pops in others.

And just to start in true Tapewreckage spirit, claim some pre-band Bobbi and her sister Terri singing a Bee Gees tune: 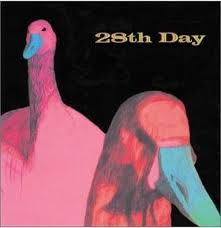 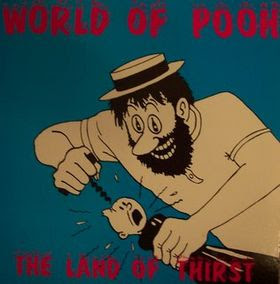 Other bands Barbara Manning has been in:
The Tablespoons/SF Seals, Snowmen, The Go-Luckys, The Sleaze Tax, Champion, Rocket 69, *Glands of External Secretion


...I always wanted to be in a band, ever since I was a child. I always knew.