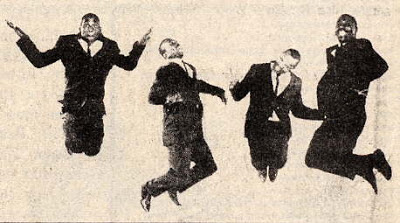 The Bird is the word. But does it surf?

The Rivingtons' Papa Oom Mow Mow was a 1962 novelty tune that took up the funny-sounding Anglicized nickname of the Kenya Land and Freedom Army, the "Mau Mau". These anti-colonial fighters helped win Kenyan independence at around the same time Surfin' Bird was released a year later, their name having found its way into a New York mafia gang and US exotica culture in the late 50s. It was turned into novelty tunes by Screamin' Jay Hawkins and others. A possible Mau Mau/Ooga Booga Tarzan connection? I don't have much evidence to back this up, and maybe it's another cockamamy Tapewrecks theory. Factcheck me. But did this war of national liberation spark a global 50-year war we never heard of? 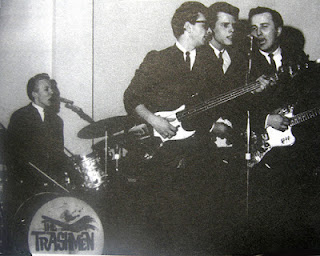 1963 USA at the height of the Civil Rights Movement and corresponding violent backlash: Red Prysock's What's the Word? Thunderbird! (1957) and maybe a little of the drink itself provided the inspiration for the Rivingtons follow up The Bird's the Word. The Trashmen start screwing around with both Rivingtons tracks at band practice, and Surfin' Bird is born. The song quickly hits #4 on the national charts, the Trashmen claim all credit, as was common practice in those days, and the original authors promptly sue, sparking a bilateral three-year milking war...

...followed by World War B:

Back in the USA:

And then there's this: