I left the shattered back window of a Honda Civic in a parking lot near Harrisburg one January night in 1986. The frigid ride home was a small sacrifice to see one of countless shows at the Demi Club hosted by Mike Rage. Maybe the local citizens didn't like the punkers and decided to take a baseball bat to my mom's car and a few others that night, but there were otherwise few instances of outright hostility beyond shouts and name-calling. 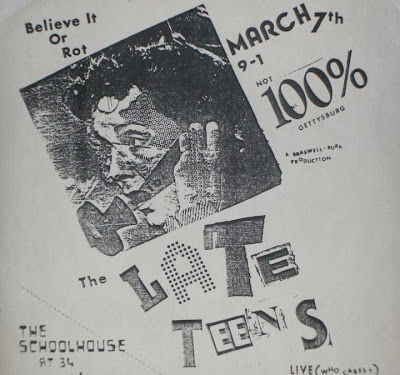 The Demi was an underheated cinderblock building across the Susquehanna from Harrisburg. Formerly the West Shore Democratic Club right in the center of the toxic plume released by Three Mile Island a few years earlier. What better place for an all-ages punk club! It was the only dedicated place for punk and the underground scene in Central PA.

Rewind to 1978 and there were very few bands in the area playing anything but top-40 and metal covers. Punk and new wave were slowly creeping out of the metropolitan areas via The Turn-Ups, The Bodies, Scanner, The Abjects, Tina Peel, and Rage's band The Late Teens. There were just a few bars that ventured to allow an occasional punk show, the Metron, Hanover Inn, The Schoolhouse, Tom Paine's Backroom, and the fabled TMI Inn. But the Late Teens made it into NYC at least once to irradiate the kids at CBGBs.

They later reformed as L18S. 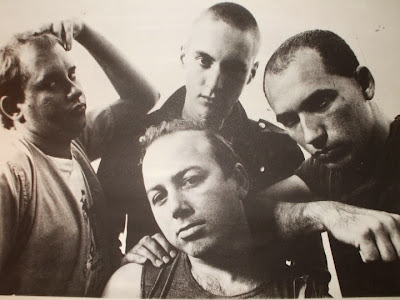 
Thanks to Mike Rage for the CBGBs recording. Download the full set here.
And to Donna Jean for sharing her super photos on Hardcore for Central PA. 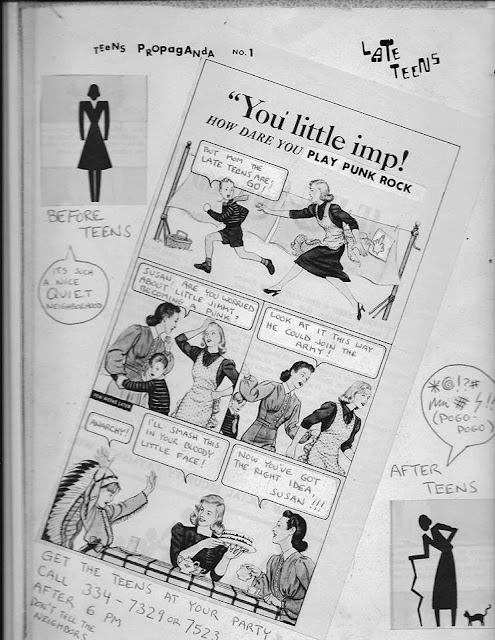