The Home Recordings of Linda Smith 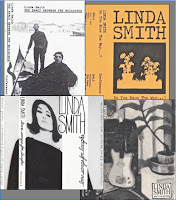 Back around 1990 the home recording scene was a globally scattered bunch of people who taped music on four-track recorders, dubbed cassettes, xeroxed covers, mailed them to magazines with tiny press runs -- Factsheet 5, Unhinged, File 13 -- and traded with others doing the same.  This was wonderful pre-Internet artistic democracy at its best, and a swirl of indulgent junk at its worst.  So when you found something good, it was a real prize.  Linda Smith's cassettes were a quiet little jackpot.

I found the process of recording all my own tracks much more interesting and satisfying than rehearsing or playing live. The 4 track cassette recorder allowed me to to find another way of making music, a method more akin to painting a picture. Writing songs became a more immediate and personal experience.  -Linda Smith, from The Living Archive of Underground Music


Linda released her tapes on her own little label called Preference.  I loved her first three cassettes. Early on, her songs had 60s girlbandlike pop arrangements all stripped down and minimal with her own backup vocals, and a nice cover of Jackie DeShannon's Put a Little Love in Your Heart for added emphasis.   Later on her songs developed a slightly moodier tone that's hard to categorize, bringing in creative percussion and sounds but keeping the poppy tunes, at one point, Figment of Your Imagination, reminding me of the Dixie Cups' Iko Iko, and what sounds like a toy organ making for a dreamy time.  All of her songs are available at her website: The Home Recordings of Linda Smith. 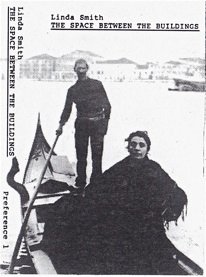 The Space Between the Buildings (1987)


What Elanora Told Isabella
Put a Little Love in Your Heart 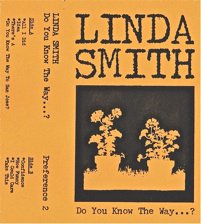 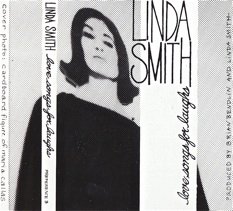 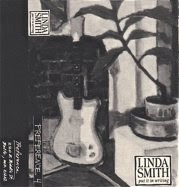 
Put It In Writing (1991)
Put it in Writing
Figment of Your Imagination
Lonely's not the Word
Posted by tomsun at 11:37 PM