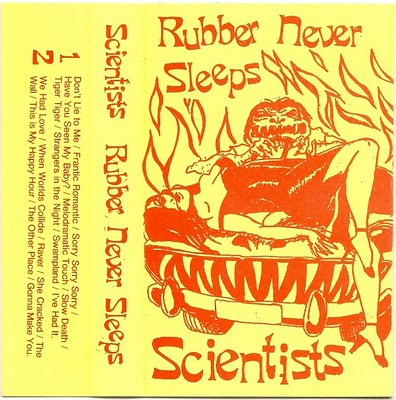 This is a tape of live songs that I dubbed from a dub of a dub and wore out in a paint splattered boombox working as a fix-it man. There's a good downloadable copy and write-up here so I won't go on about it except to point out mysterious shift in sound between the upbeat early songs and the darker creeposurfer dirges they developed in the early/mid-Eighties which I attribute to Los Saicos Devolution Hypothesis.