We Call It Folk 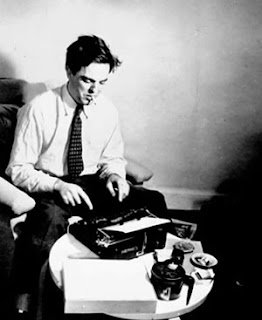 I was elated when I heard the news that the complete field recordings of Alan Lomax are finally available online. His travels around the US and the world with a tape recorder preserving the musical traditions of thousands of people have had a huge global impact, of course. But they were also a little inspiration behind my humble street recordings in Mexico and Central America and the creation of tapewrecks.

Alan Lomax spent the last 20 years of his career experimenting with computers to create something he called the Global Jukebox. He had big plans for the project. In a 1991 interview with CBS, he said, "The modern computer with all its various gadgets and wonderful electronic facilities now makes it possible to preserve and reinvigorate all the cultural richness of mankind." Alan Lomax's Massive Archive Goes Online - Joel Rose on NPR

I knew the Lomax collection was being digitized, but I was surprised to find out that one of figures behind this monumental task, over 17,000 recordings, was Don Fleming of The Velvet Monkeys, whose flotsam has washed up on this blog multiple times. Lomax died before the Jukebox was created, but Fleming, Anna Lomax Wood, Alan's daughter, and a small army of volunteers worthy of the WPA have finished the job.

Insert your nickel here:
The Association for Cultural Equity - The Sound Recordings 1946-1990

Watch this:
Elvis Costello, Emmylou Harris, and Don Fleming on the Colbert Report Interview and performance.

It's also apropos that good ol' Rustle Noonetwisting, the fellow who records everything in my life, sent me the news and titled this post.