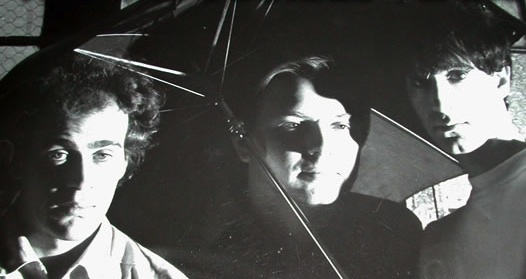 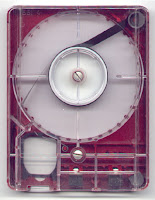 With two college radio stations in Lancaster, PA we heard some pretty good music for a small town. Those airwaves helped to rescue me from my Journey and Foreigner 8-track tapes with a similar type of ultra convenient, but crappy-sounding technology known as the NAB cartridge. "Carts" were most often used, and reused for public service announcements and station IDs, but occasionally the music director would throw some top-played songs on a cart, and we were fortunate enough to have Flower Girl and Attraction Gear on regular rotation at WIXQ. I never saw The Impossible Years play, but these two songs were part of my personal teenage soundtrack. That was in 1985 when I went out and bought a brown/yellow/green paisley shirt at the Water Street Rescue Mission. My mom called it "that ugly shirt," but I wore it for years. 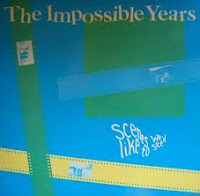 
We started playing in March of 1978 as The Jags. It was the classic story of hearing the New York and English bands of 1977 and being inspired to play music again. We played local clubs opening for a lot of the bands (X, Mumps, Cramps, Suicide, etc.) that passed through Philadelphia. A year later, when we heard a single by an English band also called The Jags, we decided on the name The Impossible Years....

By 1980, we had a new bass player and the band was: [Me] on vocals and guitar, Howard Luberski on bass and Seth Schweitzer on drums....     ...The 8-track Denise and She's No Fun demos feature Tony Marsico, who was our bass player before Howard joined us.  Tony went on to play bass for Bob Dylan, Neil Young, Roger Daltrey, The Cruzados and Matthew Sweet.  Howard, who was Tony's friend, started playing bass for us after Tony left for L.A. 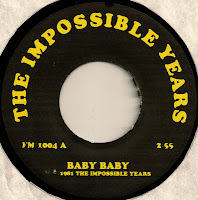 We self-released a single... Baby Baby.... The b-side was a different version of "She's No Fun," but I prefer the version above. ...Within a few years, we were included on two compilation records: I'd Rather Be In Philadelphia and Bomp Records', Battle Of The Garages V II....


...I was managing a rock band in the early 1980s and was working at a live music nightclub. I had earlier bought several [film] reels of Soundies, with music from the 1940s. I thought they were the most amazing thing I had seen at that point. Sometime in 1982 or 1983, this was just around the time MTV had started, I had this idea-let's show these films before the band I was managing played. They were called The Impossible Years; I borrowed their name from a 1960s teen movie. So I said that we would advertise that we would have "pre-rock videos from the Impossible Archives" just to make people come to the show and get some extra publicity attached to the band.

Another occasional band gimmick I thought of was to hang up all of these one-sheet posters for drive-in movies as a stage backdrop. I remember people shouting loudly during the Soundies screening, "This sucks, let's rock 'n roll!"  ...I brought this white sheet and hung it from the top of the lighting pole using Bulldog clips, so I could yank it off quickly before the band would start. I imagined this very fast and dramatic transition from film to live band, with them hitting the first note as soon as the screen was pulled down, but they were still tuning up, and the moment was lost....


...We went into a 16-track studio and came out with a five-song tape, four of which we hated (the recordings, not the songs). This was the one we all liked.   Love Me A Kiss

We had recorded a three-song cassette at a local 8-track studio. When we were approached by the people who wanted to release I’d Rather Be In Philadelphia, we gave them Flower Girl from the cassette.

The Battle of the Garages is a longer story. We were fooling around one night and made an effect-laden over-the-top version of Attraction Gear on our TEAC 3340 reel to reel four-track. Our manager sent it to Greg Shaw, who we didn’t know, but knew of. He liked it, asked that we rerecord it for the next Battle of the Garages comp. We did and he included it on V. II.

When Attraction Gear got a great review in Sounds, we were contacted by Dan Treacy of Television Personalities. He told us that he was starting a new label called Dreamworld Records and he wished for us to be his first release. Scenes We'd Like To See (Dreamworld 001) was a four-song E.P. that was released in 1983....

...The recording of Attraction Gear on the EP is one of the few times that we were all very happy and proud with the results of a studio recording. That's one of the reasons we switched to working with our own 4-track.

4-track demo:
Lovely/Lonely
The Girl I Always Seem To Get
It's a Drag
I Agree was the first song Todd wrote for the Jags in 1978, recorded by The Impossible Years in the 80s, released on Todd's solo album in the 90s, and rerecorded by Todd in 2010.


...We continued to play until 1988, at which time, I began recording songs on my four-track. In 1997, I released 20 of those demos as a CD entitled: My Report Card, a theme that pokes fun at my current status as a teacher.


Thanks to Todd Shuster for sharing these tracks! Most of the quotes are from ModPopPunk Archives, Framework: The Journal of Cinema and Media (Jay Schwartz), and Cloudberry Cake Proselytism V. 3 (Great interview with Todd). And thanks to Tom Casetta, Rustle Noonetwisting, and others for making and playing those Impossible Years carts over and over again at WIXQ! 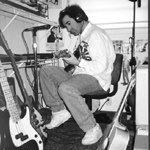 Hear The Jags on tapewrecks and see Todd's videos and his solo work.

Todd has recorded a new cover for the next installment of the 10-volume Television Personalities tribute on The Beautiful Music. Stay tuned!
Posted by tomsun at 9:20 PM