Masters of Hypnotism ... the One and Only ... the Beautiful...Velvet Monkeys..... Live at the Enola American Legion 1986 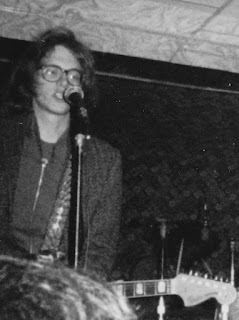 In April 1986 The Real Gone played our last show opening up for The Velvet Monkeys in a little town on the Susquehanna about halfway between Harrisburg and Three Mile Island. The show was sponsored by Bona Fide Records, Web Of Sound, and other local record shops, and, of course, Rustle Noonetwisting was there with his trusty tape recorder and camera. This was one of the defining shows of my musical upbringing. As Malcolm Riviera says, ...I could see the whole chain of Rock and Roll being passed on right there.... 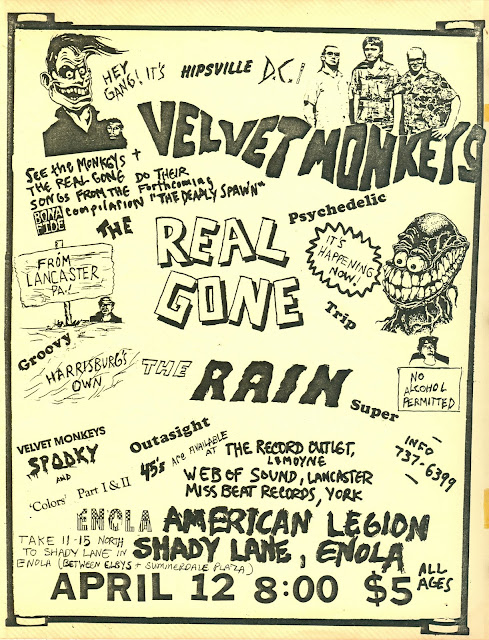 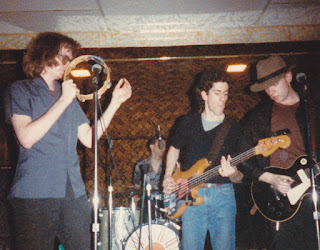 Other Velvet Monkeys-related posts on tapewrecks:
Everything Is Right cassette
The Train to Disaster compilation
Colors single
The Deadly Spawn compilation
We Call It Folk: Don Fleming and the Alan Lomax Archive
Posted by tomsun at 11:18 AM