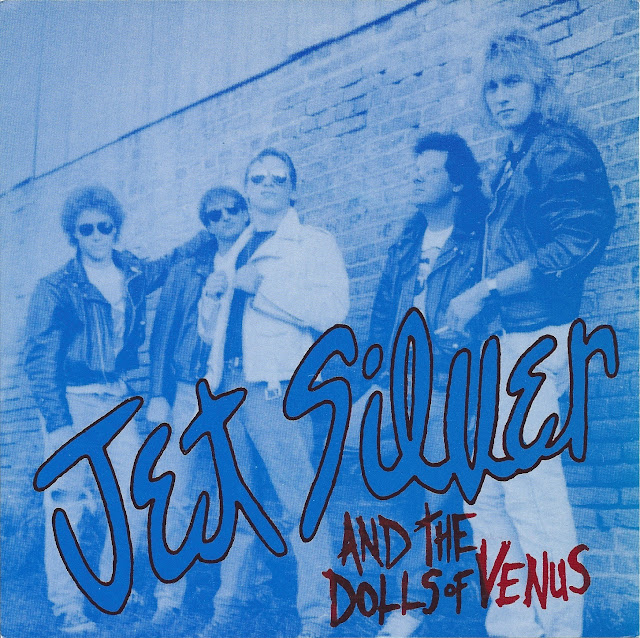 What seemed to be musical revivals in my hometown of Lancaster, PA, in retrospect, were actually more like arrivals on a developmentally delayed scene. In 1985, too young to drive Nobody's Fools brought original poppy 1977-style punk rock to town. Then they split into Kirk & the Jerks and Jet Silver & the Dolls of Venus. The latter signaled the arrival of The New York Dolls after about 15 years traveling overland at groundhog speed and chewing through Stiff Little Fingers and Hanoi Rocks records, although guitarist Rex had been channeling Johnny Thunders at least since his previous bands The Real Gone and Jack Lords Hair, if not earlier. The Dolls of Venus were like a local supergroup drawing on different influences, and repeated viewings of Spinal Tap. Venutian Rock (1987) even thanks Nigel Tufnel in the credits. 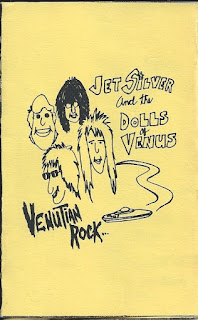 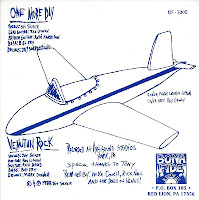 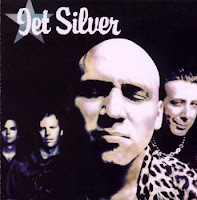 Later Jet Silver drops the Dolls, moves to Harrisburg, and picks up Shea Quinn from Lancaster's big (for Lancaster) new wave band The Sharks.
A few tracks from the Outlaw cassette, sent in by Greg Lonesome. Not sure the date on this one, but the great songwriting harks back to those pop punk teenagers singing grownup songs, or is it the other way around?
Take My Heart Away
Kickback
Riverboat

Check out Jet Silver on MySpace for 21st Century Jet.
Thanks to Rex for the Venutian Rock cassette with Jack Lord's Hair's 2nd album on the flip and lots of great tape filler. Stay tuned for that!
Thanks to Greg Lonesome for contacting me in search of a 4-song Jet Silver demo from 1990 and sending me the Outlaw tracks. Check out his Rock N Roll Manifesto and the funny Mojo Workout shows on Real Punk Radio.
We never did find that demo, so get in touch if you have it!
Posted by tomsun at 12:02 AM