Tapewrecks got a surprise in the inbox the other day.... 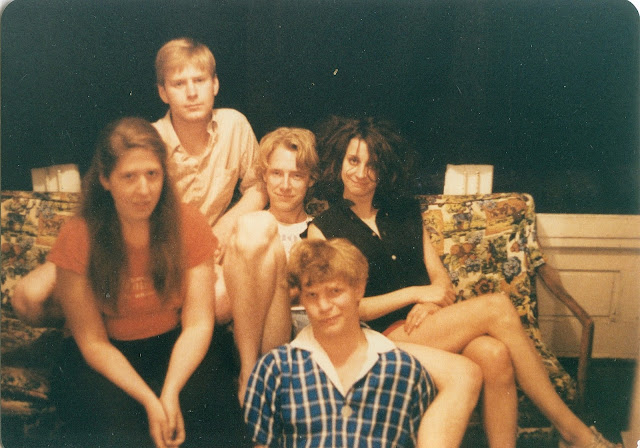 I just stumbled across your Tapewrecks blog.  Very cool stuff.  Since you seem to be a collector of this stuff, I thought you might be interested in a West Philly band I played in back in 1981-1982 called Lost Barbecue.  You can read a brief bio and hear a few cassette remnants here -- http://www.myspace.com/lostbarbecue.

From Lost Barbecue on Myspace: 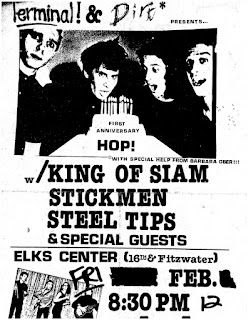 Formed in West Philadelphia in late 1981 by Penn students and fixtures on the nascent Philadelphia punk rock scene, Marc “Bernie” Bernstein, Mike “Plasticman” Kerwin (deejay on Philly’s renowned weekly punk rock program, Yesterday’s Now Music Today), and garage rock enthusiast Mike Bennet, Lost Barbecue was formed to open the bill at legendary “Buckingham Palace” house parties, featuring bands such as the Stickmen, Heathens, King of Siam, and Red Buckets. Lacking any creative vision or musical or technical skill, the band focused on instrumentals, with the exception of their showstopping version of Golden Earing’s Radar Love. After several short but intense performances at house parties, and one legendary gig opening for The Stickmen, King of Siam, and Steel Tips at the Elks Center (where one punter likened them to Pink Floyd), the band broke up in the Summer of 1982 when the two Mikes moved to London. Mike and Mike reunited over twenty years later in The Dupont Circles. ... 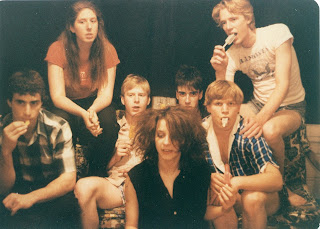 The surprise for me was the long and often lost drummer Bernie (front right, with popsicle fully inserted) was also in the first lineup of our band Mudpie circa 1987-88. I never really knew much about him before.

Thanks to Mike for getting in touch and sending the photos featuring members of Lost Barbecue, Stickmen, and Red Buckets.

[Help! I'd love to do a story about the Boston>Philly band Red Buckets. If you have any leads on tapes, pics, stories, please let me know.]
Posted by tomsun at 1:25 AM