Philadelphia's Kenn Kweder is a bit difficult for the rockeaologist to classify.... I've heard his name over the years far more than his music and I thought he was a home-recorded cassette artist from the mid-80's. I couldn't have been more wrong. He's more of a full-on local rock star. But when I finally took the time to listen, just this past year, I found a lot of it sounded like pretty standard commercial rock, with some pretty good lyrics. He'd fit right in on a mainstream Philly radio station but I think they and the major labels totally turned their backs on him.

As for me, I almost never notice lyrics unless the music hooks me first, and it's easy to write Kweder off as another wannabe rock star. But the man is persistent.... and BLAM this next song finally hits me, and Kweder says, Listen to me you fucking prick! Heroin sounds a little like Chris Knox to me. Where did that come from? Wait...there's more pure pop goodness here: What Am I Talking About? ...Pay dirt. 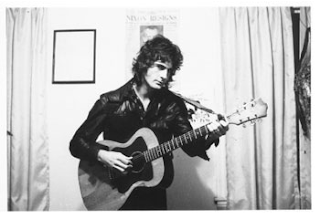 Digging down into the lower strata of Kweder history finds his 1977-78 band Secret Kidds hovering around on the fading echoes of Ziggy Stardust and bumping into New York pop-punk without really knowing it. Man On the Moon This seems to be a typical Philadelphia phenomenon as this charmingly misguided human interest story attests: Kenn "The Messiah" Kweder on punk rock and breaking free from MSG The Hot Club was the one place in town that the few local punk bands like The Jags, The Warm Jets, Pure Hell, and The Sic Kidz did play, and I think the news crew just happened to show up on the wrong night. Kenn sure was full of himself with the idea he would "father" a Philadelphia rock'n'roll renaissance. But he had his devotees (and the Pistols/Ramones mashup is priceless).

Kenn, to me, is in the same boat as people like Bobb Trimble and Dave Coleman - guys who came of age in the 1970s heavily influenced by Dylan and post-Beatles John Lennon (with all of their larger-than-life image and baggage) and other wordy, heavy, "meaningful" songwriting and largely dismissing Punk Rock as an fad for people with funny hair who can't play their instruments. By the early/mid 80s, these guys didn't really fit in anywhere - too odd and out of step for the mainstream, but not an accepted part of the punk/college radio underground either. But so what - a lot of his music holds up pretty well. At his best, he's in Nikki Sudden / Dave Kusworth / Jacobites territory and also has a great power pop side. The Men From POVICH capture both of those sides pretty well. 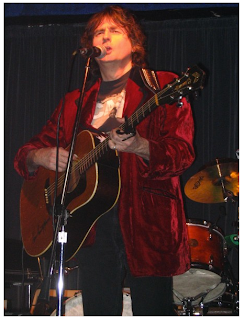 Now that we're hooked, let us revisit a few Kenn Kweder songs with more standard arrangements and great words. But we'll stick to the more acoustic ones just to be safe.

Well, we haven't seen a messianic rock revolution, and Philly's no Jerusalem, but Kenn isn't dead yet. He's still playing various holes in walls around town, and his devoted adherents come out of the cracks in the pavement whenever he does.  Check out his calendar and lots more info at KennKweder.com.

All tracks are available on Kwederology.
Posted by tomsun at 9:55 AM