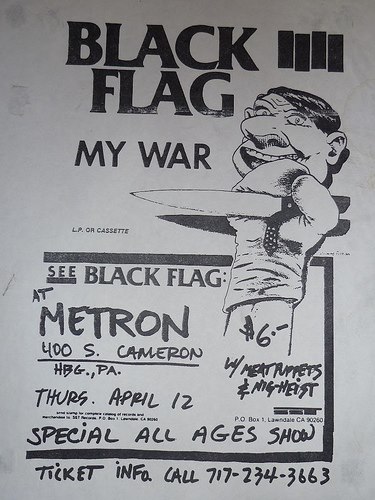 April 1984, and Black Flag was playing less than an hour northwest of Lancaster, but none of us had our drivers license yet. This was probably the first hardcore band to play an all-ages show anywhere near Lancaster, as always, 4 or 5 years behind Philly and New York. We were listening to some punk rock: the Clash, Pistols, Ramones, and some new wave was breaking into top-40 radio. A few college DJs on WIXQ Millersville were playing some hardcore, and this was the same year that i92 "Rock of the 80's" briefly broadcast out of Philly, playing poppy new wave. Late at night they played some punk. Black Flag, Meat Puppets, and Nig Heist was in the middle of a touring binge of 36 cities in about 40 days when they came through an unsuspecting central Pennsylvania.

My parents had this customized 1976
Dodge van that looked like a motorized Thomas Kinkaid painting. It must have been spring break, because I somehow talked them into driving me, my cousin Jimmy, and friends Andy, Megan, and Mark to the show. We tried to dress punk rock and piled into the plush interior of The Van, under the mirrored ceiling, and when they dropped us off at the club, the grownups went out for dinner... leaving us at this wholesome small-town all-ages show....

Memories from the kids in The Van:

Jim: We had a pre-show Polaroid that I lost track of around 10 years ago.

Tom: Ahgh, there was a photo - you're killin me!

I remember everyone at the show being GIANT.  And the mix of mohawks to bikers seemed like 3:2. ZZ Top's "Cheap Sunglasses" played before one of the band's sets and this huge bearded biker played the smallest air guitar I had ever seen. His face squinted into classic rock ecstasy. Nig Heist was nude except for the singer's studded leather 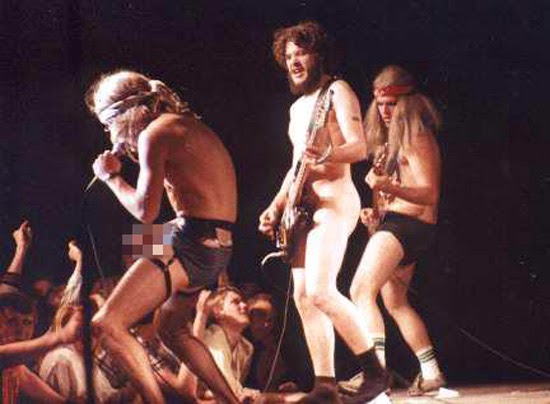 Tom: I think the jock only lasted half a song at that. The bass player was still wearing his socks.

Andy: I can't remember if they played it at this show, but Nig Heist actually had a really great cover of a Velvet Underground song If She Ever Comes that I heard on Uncle Steven's Garage. To this day, this is one of those "songs that gets stuck in your head" for me.
Tom: This lends a whole new meaning to this song. I didn't recall them playing anything except for awful sludgy metally stuff and provoking the audience with sexual slurs. The audience was either laughing or angry. It wasn't meant to sound good, but tt was a pretty funny act at the time for me as a 15 year old boy. I was shocked and excited to see them go way over the line, and amazing to look back on that and see a group of wig-wearing adults putting on a totally irresponsible show in front of a bunch of teenagers.

Andy: I think the point of Nig Heist was to be over-the-top offensive and vulgar in an almost Andy Kaufman way where half the audience thought they were being serious. About the only thing memorable about their set was them coming onstage naked.

Megan: Perhaps Kaufmanesque but it felt like it was trying too hard. They never really did it for me.

Tom: After the Metron management shut down the lights and sound on them, they put some clothes back on. The bass player had on tightie whities for the rest of the set.

Tom: Surprisingly, I don't remember the Meat Puppets musically, except they were so piercingly loud it was physically painful. Now I love their deceptively incompetent-sounding early music.

Tom: This was my first punk or hardcore show and I remember eagerly jumping into the slam pit and having someone land squarely on top of my head within seconds. I saw stars for about ten minutes. Learned to keep my head down and be ready for incoming.

Megan: I remember you being fearless at that show, and not in a good way. I was certain you were going down early.

Tom: This and football were one of the few places you could go crashing into other people and have it 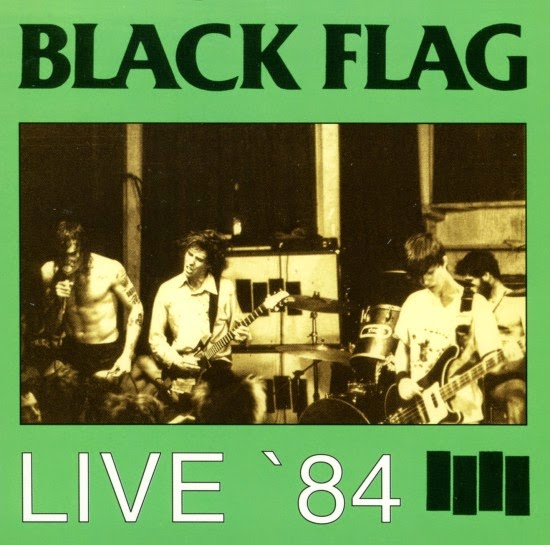 be socially acceptable, and it was so much fun. I tried the football and wrestling teams one year, but wasn't very good at it, except the crashing part.

Live '84
Six Pack
My War
Jealous Again
I Love You

Andy: I remember Henry Rollins ending the encore by saying something like, "You guys were great, thanks a lot" and then the sound man looped "thanks a lot, thanks a lot" over and over. Then Henry shouted, "that's Mugger mind control!" Mugger was their sound man on that tour and also the lead guy behind Nig Heist.

Tom: When my folks picked us up after the show we were all excitedly talking (probably shouting because we couldn't hear) about everything we saw. It must have seemed like total debauchery to them. Nudity, stage diving, ringing ears; I'm sure they questioned the wisdom of their decision to allow us to go. I don't think Jim was allowed to go to any shows after that. It was a pretty radical event in my 15 year old life.

Jim: Woke up at your house, Tom, my ears ringing 'til lunchtime. That was pretty traumatizing. Definitely my most memorable trip to Harrisburg.