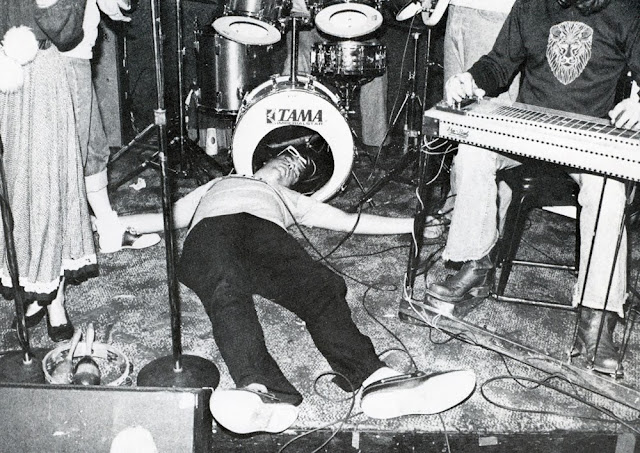 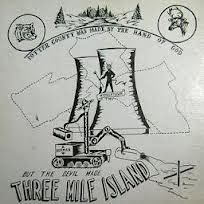 Pennsylvania Governor Dick Thornburgh recommended that pregnant women and young children evacuate the area near Three Mile Island in March 1979. Maybe he should have included musicians too....

(Potter County Was Made By the Hand of God, But the Devil Made) Three Mile Island - Al Shade & Jean Romaine (Potter County PA 1979)

TQ: I was 10 years old on that day when we got news that something was happening at some place called Three Mile Island. I never heard of it at the time, but it was only about 24 miles northwest of our suburban Lancaster home. We were supposed to stay indoors with the windows closed. My parents remained calm, but I could tell my mom was really worried and there was a lot of talk about which way the wind would blow. When she dropped us off at my friend Corey's house, we ran from the car to the front door.

SK: Three Mile Island had been spitting radioactive filth around central Pennsylvania for more than 48 hours when the governor issued his recommendation that pregnant women and preschool-age children evacuate. It was a Friday afternoon and I was in the first grade. My elementary school was slightly outside the five-mile evacuation radius, a measurement which provided little comfort when emergency sirens began screaming out in the late March air. My six-year-old ears heard one teacher tell another that we would all probably die.

TQ: Until that day, I had never heard of radiation. I don't think I knew what nuclear power was. I just knew about the Bomb. We spent the day playing in the basement while my parents were at work, entertaining ourselves for a little while by running up to the little window by the ceiling and screaming RADIATION! I'm Meeeeltinnnng!

SK: Within the space of an hour or two, most parents had collected their offspring, leaving the school eerily depopulated. My own family was missing in action and naturally I began to panic. Fortunately, a non-catastrophic explanation prevailed: we owned a single car and my father had been detained at work. Sometime later – the wait seemed interminable but was probably an hour or so – our red VW Beetle was wobbling through the Allegheny Mountains toward Altoona.

TQ: The next day, we headed for the hills with my cousins and spent the weekend at their grandfather's trailer in the Poconos. I was worried about my dad, who stayed behind, but we picked blueberries, ran around the woods, and had a great time. If only all disasters could be this much fun.

SK: I distinctly remember the tension of the ensuing days, my group of adults nervously monitoring media transmissions for evidence of the situation back home. It was unthinkable that something called a hydrogen bubble could cause an explosion large enough to destroy our home and kill everybody that stayed behind....

*denotes songs yet to be found or salvaged. 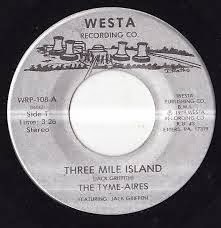 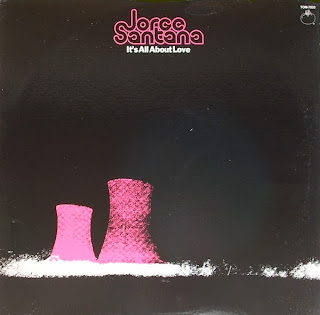 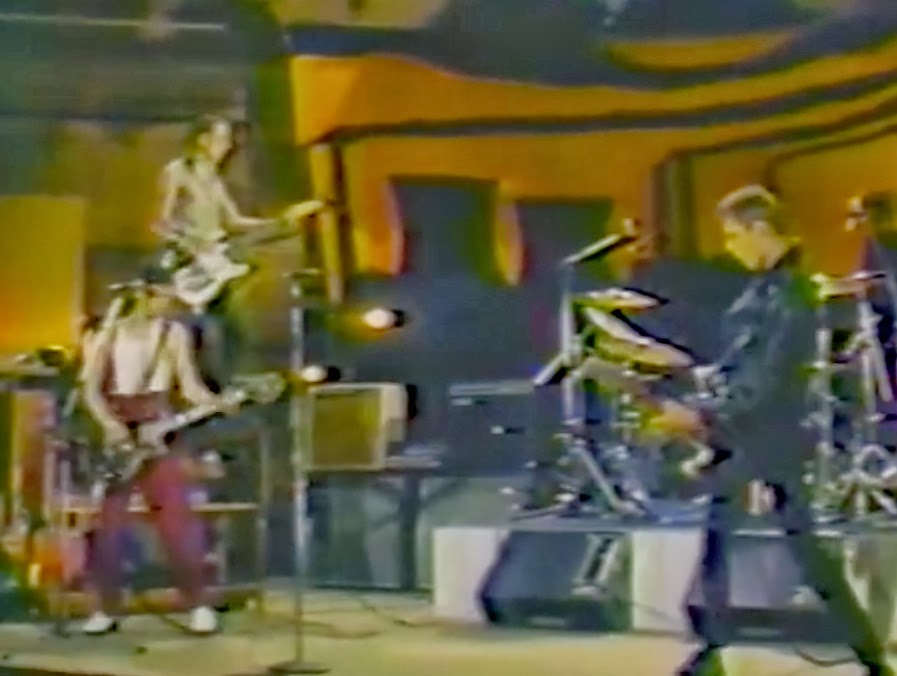 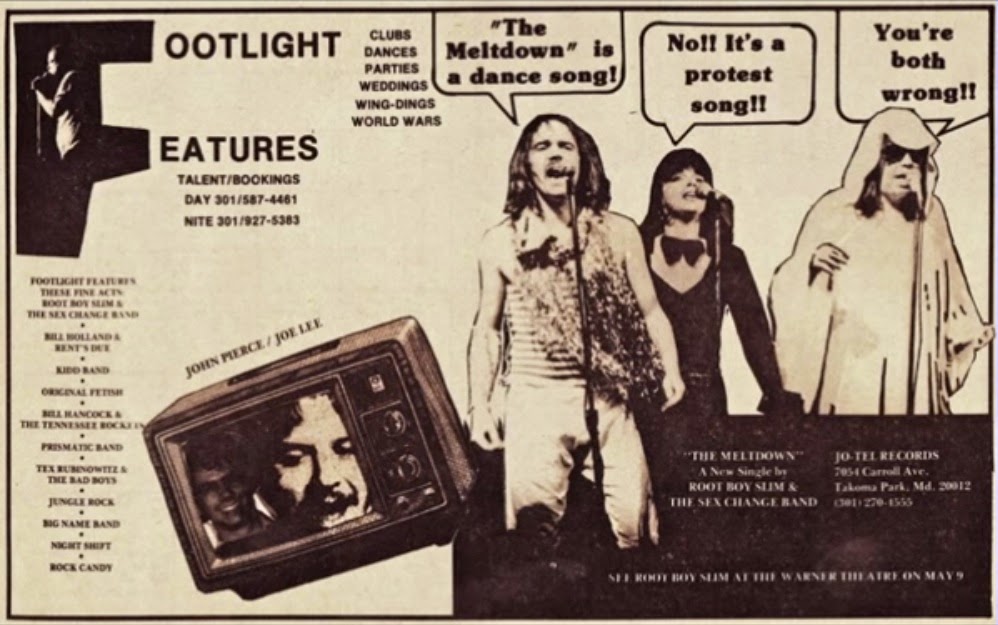 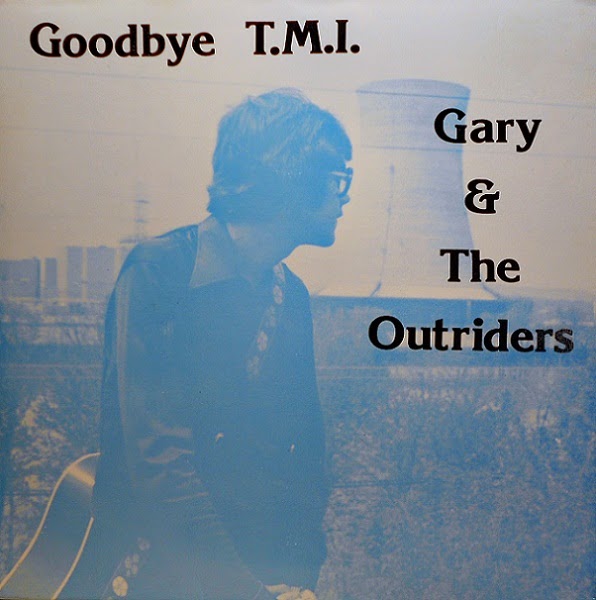 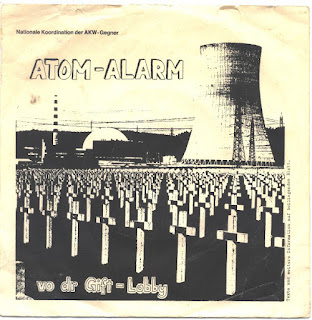 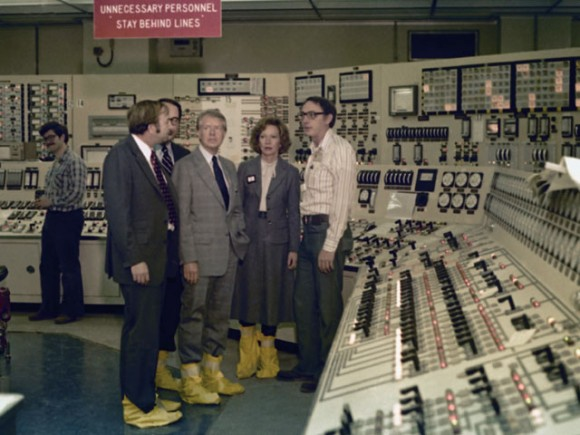 SK: When Harrisburg wasn’t blown off the map we came down from the mountains of western Pennsylvania. My family adhered to a powdered milk regimen despite assurances that radiation exposures were within “acceptable limits...." 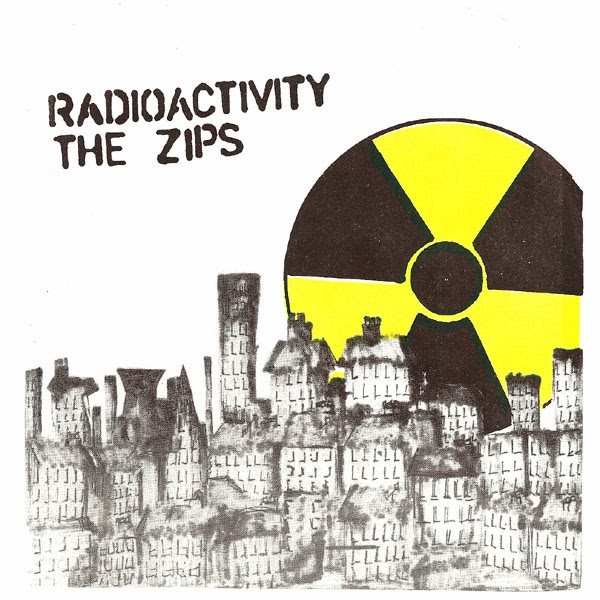 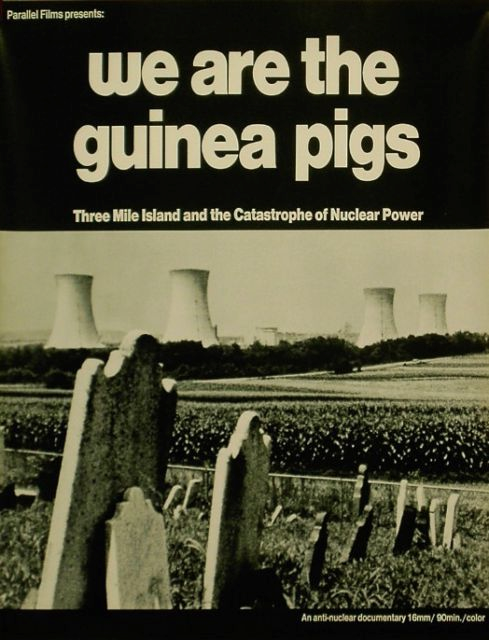 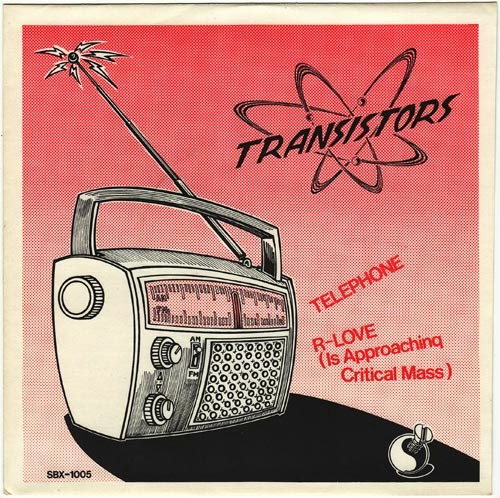 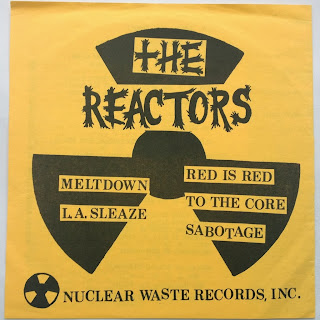 
SK: Growing up, TMI was an inescapable feature of my domain, a 400-foot concrete colossus lurking at the periphery of my daily movements and vision. My imagination absorbed the forbidden interiors, the  massive control panels, the slope of the cooling towers, the vapor pillows spilling over their tops, merging with the atmosphere.... 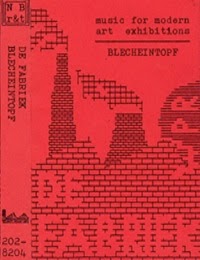 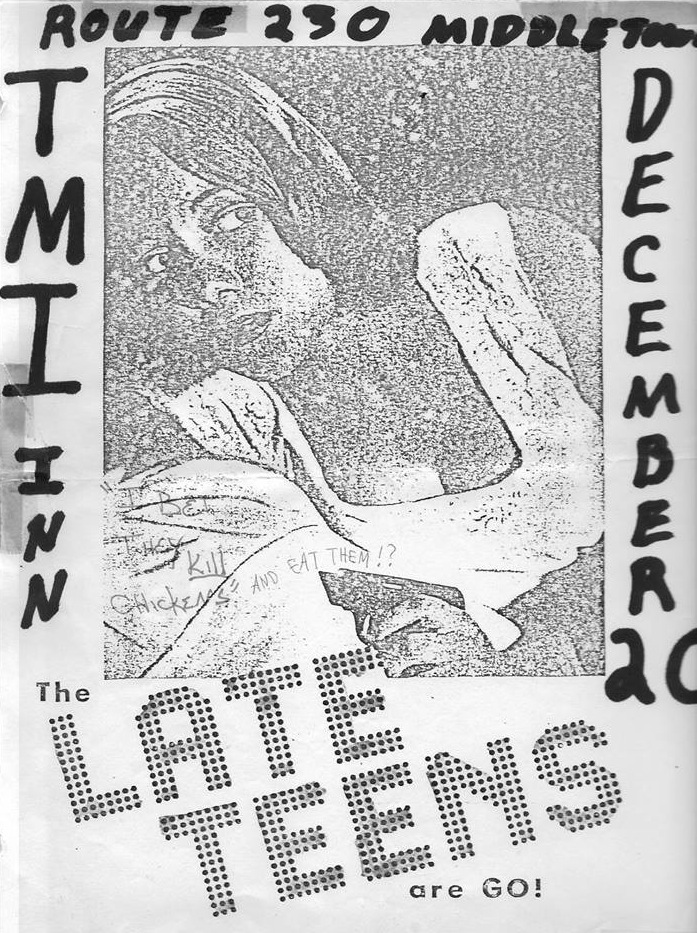 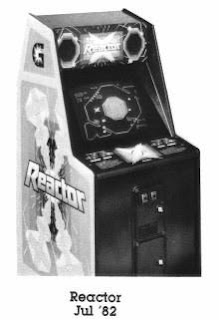 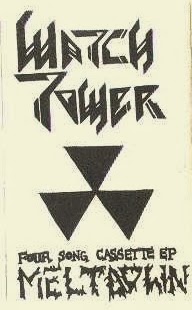 Marching Up To Seabrook - Pat Scanlon & The Black Water String Band (Boston 1984)
Meltdown - Watchtower (TX 1985)
No Filthy Nuclear Power - Oi Polloi (UK 1985)
Only One Mile from Three Mile Island - Libby HaLevy (1985)
*Harrisburg - The Beliers (Sweden 1985)
SK: ...the Nuclear Regulatory Commission allowed the undamaged Unit 1 reactor to go back online in 1985. This was not a welcome development for most central Pennsylvania households, but by that point in my own childhood I had spent the entire Reagan-era acutely fearful of the coming nuclear holocaust. When emergency sirens sounded in the dead of night to arouse volunteer firefighters from their slumbers, my juvenile pysche was pre-programmed for panic. After  the TMI-1 restart, the only formality was which flavor our nuclear death would assume: reactor or missile-based.

TQ: By the time of the Chernobyl disaster I had gone from pretend meltdowns to musical meltdowns (Ha! These songs are getting to me; I succumbed to the hokey TMI metaphor! But "meltdown" came into widespread usage after 1979), playing in bands and listening to music with apocalyptic themes. I was pretty sure 1986 was the year World War III would start, based of course on all the scholarly evidence I had accumulated from pop psychics, episodes of Leonard Nimoy's In Search Of..., and the lyrics of the Minutemen and Dead Kennedys. I didn't bother to apply to colleges until the last minute, and then only one.... 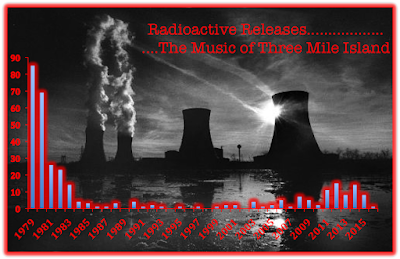 TQ: I survived Three Mile Island and the latter Cold War, went to college in Philly without much of a plan, and grew out of my sense of impending doom. But the impact of TMI was much bigger than I ever realized, certainly as little kids in our own worlds, but even as adults, for me anyway. The only lyrical references I was aware of at the time were on The Clash's London Calling. 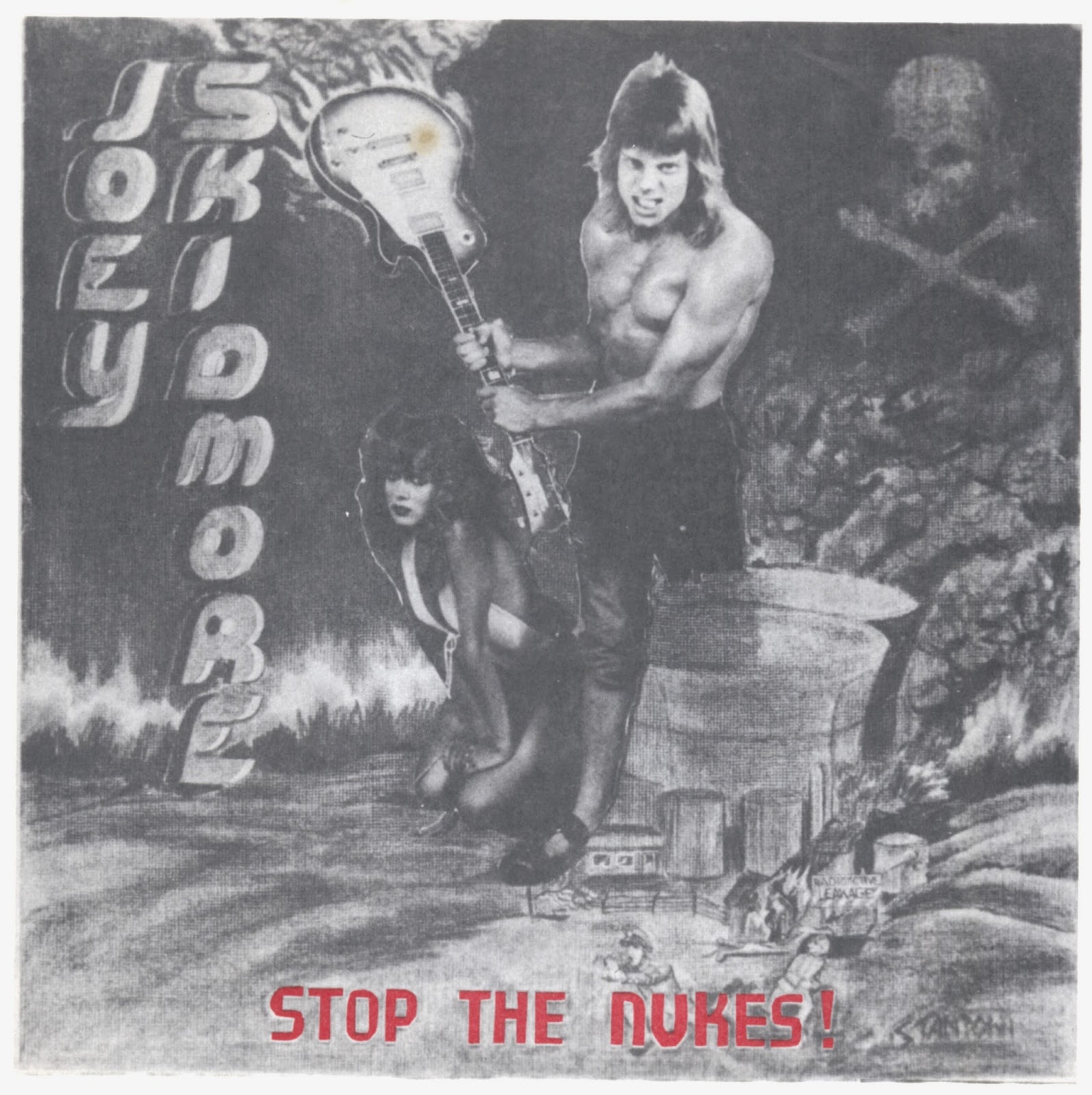 Once I started looking, I was surprised to find so many TMI songs. I figure any song about "radiation" in '79-81 had to be part of the reaction. The '79 tracks tend to be very literal, anti-nuke, some good black humor, and sometimes hyperbolic and some would say silly fear mongering. There are lots of people glowing in the dark, mutant fish, and nuclear explosions. The 80s tracks began to use nuclear accident lingo as metaphor in the best tradition of atomic bomb songs from the 50s and 60s with "radioactive" coming to mean "hot love" more often than not.  Reesa's You melt my heart like TMI is my favorite, and Syn's Radioactive Nights is the hands-down mathematical winner (15 distinct metaphors!). I held most of the later tracks to a higher standard. Most had to make direct reference to TMI to make the cut. There are at least 21 songs titled Three Mile Island or TMI from the 2000-2012 period, though interestingly, outside the US, "Harrisburg" seems to be the word most closely associated with the accident. Sean and I salvaged many of these tracks from the analog abyss, digitizing and archiving them for the first time, and I hope people can find an interest in their collective effect, weirdness, fear, and humor.
SK: As far as the impact goes, yeah, I would agree, it's hard to overestimate. It even informed how we discussed such events. Following from your point about the word "radiation", I bet "reactor", "control rod" and "meltdown" weren't even in some adult vocabularies before 1979. And for those that wrote all the earnest, politically engaged protest songs throughout the 70s in opposition to new nuclear plants, all of a sudden their worst fears are confirmed.

I appreciate that these songs and other assorted cultural detritus (even crassly commercial cash-in stuff) tell a story about how humans of different cultures and belief systems respond to complex, traumatic events. It really becomes a sort of unofficial "people's history." There are some scholarly articles I came across about Chernobyl describing how school kids were responding with these morbid nursery rhymes while skipping rope! Children talking matter-of-factly about leukemia or calling one another "dirty radioactive pigs" as a form of insult. It's amazing how deeply these terrors filter down to the individual level, shaping private experience. This would also indicate to me that whatever official explanation may prevail, whenever you've lived through a nuclear accident, radiation exposure is a nebulous, gnawing sort of psychic burden.


There are surely more TMI songs that haven't been salvaged yet, and if you have any ideas about how we can permanently archive this collection, let us know. 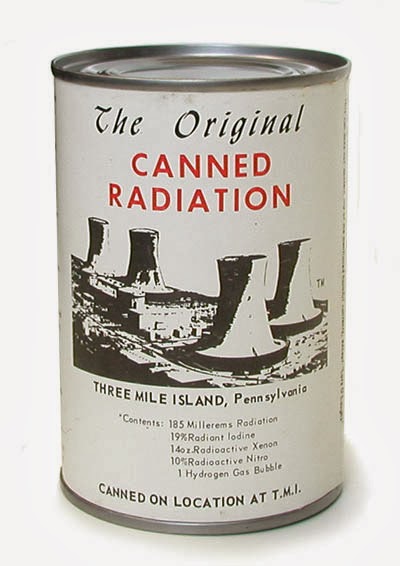 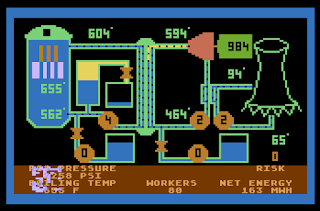 Radioactive Releases on the Radio and in the News: 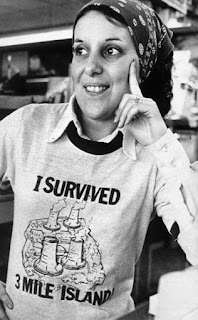 Speaking of "crass commercialism..." Get your own "I SURVIVED 3 MILE ISLAND" t-shirts here! My daughter reproduced the original image to print for my Christmas present and is now selling them (along with mugs, stickers, posters, etc) to save up for art school. If you've made it this far, you should probably have one of these. -TQ 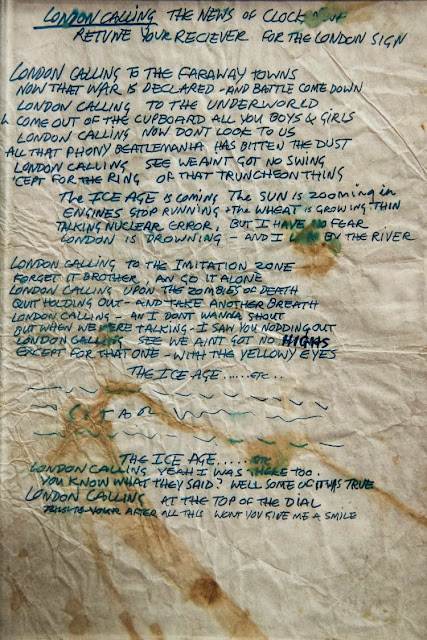