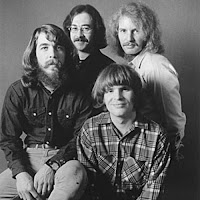 Revival through a shortwave transmitter in 2001, skittering off the ionosphere at nearly the speed of light, to be caught by an antenna halfway around the planet? Maybe nothing, or like a tree falling in the forest; it never really happened. Or a listener might hear noise and keep turning the dial. Nothing again. But one guy hears music, stays on frequency, lays it down on tape, and posts it on his blog in 2005. We have ShortWaveMusic, my favorite blog in the cybersphere in 2011. 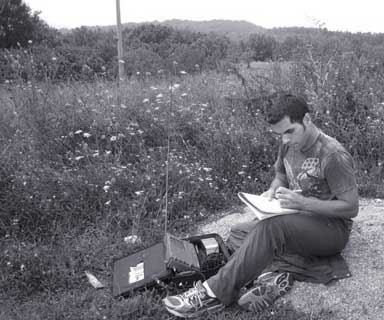 Myke Dodge Weiskopf records transmissions in his travels for ShortWaveMusic,

a lifelong documentary series which preserves the sound of music (and/or musical speech and noise) as heard via shortwave radio.

My long-term goal is to tell the story of shortwave broadcasting in the early 21st century by capturing the extraordinary and varied ways in which people continue to communicate by radio, despite the advent of newer and more glamorous technologies.

He has a keen ear for music and finds the real art and interest in the synthesis of human sounds and natural phenomena happening over our heads (An Alan Lomax of the atmosphere?).


His blog is a fascinating read, peppered with radio jargon and descriptive phrases that challenge you to figure out their meaning by listening to the tracks.

Try some of these:
This transmission of Suzie Q is twisted almost beyond recognition. I listened to the original just for comparison and because I could hardly believe my ears - especially the distorted tones of the guitar solo warbling vocals in the middle. It sounds too intentional to be natural, but humans could never have done this.