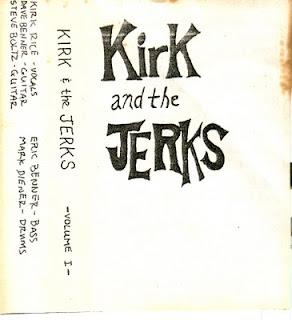 Kirk lived a few blocks away and I used to listen and trade records with him and the Jerks in his basement bedroom. His mom would stomp on the floor when we got too loud.

The band included Dave and Kirk from Nobody's Fools. Kirk moved from drums to vocals and Dave's little brother Eric took over on bass. They sped things up but stopped well short of hardcore keeping to the melodic songs with super hooks and backup harmonies - sort of move from '77 British to '78 Dead Boys with the Peter Brady Time to Change sound. 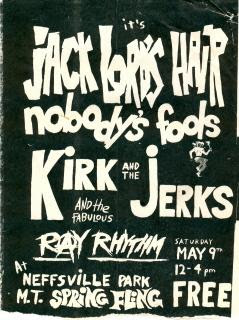 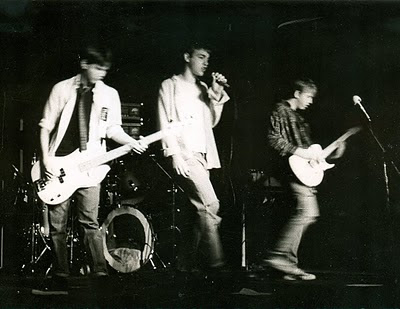 The Jerks were also the backing band for Ray Rhythm.  After the Jerks, Dave and Eric formed Mystery City.  Eric formed the Stiletto Boys featuring Rummager of the Velvet Monkeys on drums.  Mark joined Substitute.