These two comps from the coal region are appropriately fractured at the magic year, 1966, when sonic forces converged and, for me, the best music of that decade bubbled to the surface. Kids could buy cheap Silvertone or Harmony electric guitars at the department store and start a band in their parents' garage in a newly buit subdivision. Buddy Holly, the twist, surf music, and the British invasion showed they didn't need professional songwriters or string arrangements to have a hit song. They could cover one, or write their own, and the local AM station would pipe the record over a 500-mile radius and make it a regional hit. Radio deejays sponsored dances in high school gyms that your band could play at. 1966, the drug culture was just catching on and psychedelia was emerging, but hadn't gotten too stupid, and probably hadn't reached Orwigsburg yet anyway. And with a little sinister fuzztone and organ, the kids didn't necessarily have to do drugs to sound like they did.

Clay Barclay ran one of those hometown record producer/engineer/publisher all-in-one operations that did so much to drive the vast body of American music that flew under the radar. He apparently even ran WKBA as a 10-watt pirate radio station out of his parent's house! The Eastern PA comps pull together a great snapshot of that place and time. These are my favorite tracks, but you can still buy the full CDs at the BOMP Store. 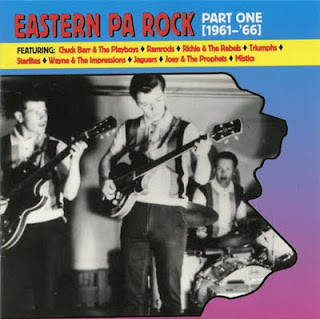 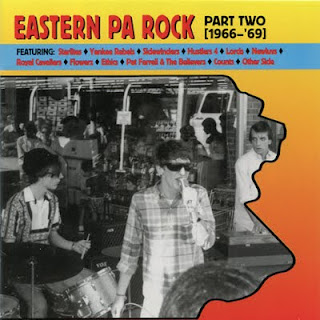 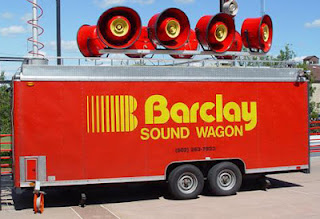 Clay Barclay is still recording bands at Cyberacoustics Laboratory in Louisville, Kentucky. Check out the Barclay Sound Wagon!
Posted by tomsun at 4:00 PM