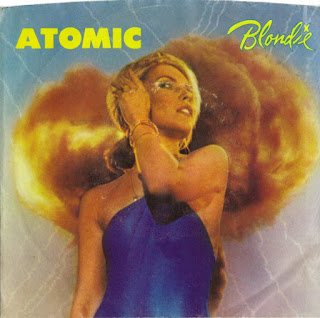 When the folks at CONELRAD put together Atomic Platters collecting the songs from the early Cold War up to about 1965, I was already hankering for a sequel that went up through my childhood and high school years to the end of the Cold War. Atomic Platters includes over 100 novelty numbers, and radio spots, as well as serious religious and secular warnings about the end of the world. There was a kooky euphoria about the Bomb, at least for the few years the US was alone with it. Atomic war fell out of fashion in the early 70s, but came back in a darker way in punk and new wave. The tone of the music changed along with popular attitudes toward nuclear power, losing much of it's lightheartedness (but not all) after Three Mile Island, Reagan, and Chernobyl scared the Breznev out of people. My family evacuated when TMI started melting in 1979 and I grew up with the lingering feeling that a nuclear war was imminent. I wasn't alone. 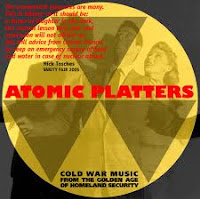 Atomic Platters covers music of the "Golden Age" of the cold war, that is, before the kids who grew up with the Bomb started writing the music and driving the counterculture. Jeff Nuttall, in his 1968 book Bomb Culture, describes this shift in attitude and the "generation gap," which continued to widen and reach its musical crescendo in the 1980s as the Doomsday Clock ticked closer to Midnight.


What way we made in 1945 and in the following years depended largely on our age, for right at that point, at the point of the dropping of the bombs on Hiroshima and Nagasaki, the generations became divided in a very crucial way. 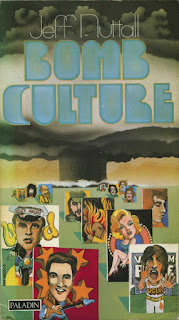 The people who had passed puberty at the time of the bomb found that they were incapable of conceiving of life without a future. Their patterns of habit had formed, the steady job, the pension, the mortgage, the insurance policy, personal savings, support and respect for the protection of the law, all the paraphernalia of constructive, secure family life. ...To look the danger in the eye might wreck the chances of that ultimate total security their deepest selves had contrived, death by H-bomb.

The people who had not yet reached puberty at the time of the bomb were incapable of conceiving of life with a future. They might not have had any direct preoccupation with the bomb. This depended largely on their sophistication. But they never knew a sense of future. 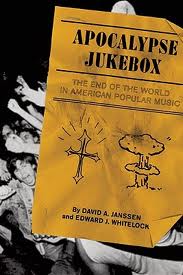 In Apocalypse Jukebox, David Janssen and Edward Whitelock mark Eve of Destruction as the song that


sucked out any sense of humor--or hope for that matter ... In twenty short years, the popular mood regarding the atom bomb had changed radically. By August 1965, Barry McGuire's song erased both God and hope from the atomic equation. The treatment of atomic power and nuclear weapons in American popular music would hereafter be characterized by mistrust, dread, and fatalism. 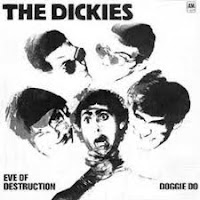 The horrid zombie dancers in McGuire's Hullabaloo video (see below) alone could have inspired a torrent of punk violence. The songs that follow certainly have loads of that mistrust and dread. But many of them bring that old sense of humor back in a blacker, more subtle way. Or, like the Dickies, Eve of De-Ster-Uction, just spoof the whole god-awful mess.

My Nuclear Platters sequel is run through the Tapewrecks filter omitting a many of the big commercial hits and sappier protest songs (and a shitload of metal). The audio tracks included are some of my favorites, out of print, and bands from around my hometown downwind from Three Mile Island, Pennsylvania, and others that are rare, weird, or particularly stupid.

[TMI] denotes a song about or inspired by the Three Mile Island accident. [I've since found hundreds of TMI songs and documented them on Radioactive Releases.]

Tom Casetta's Listen Up! radio program on G-Town Radio. Tom's interview with Ed Whitelock is essential, as is Janssen and Whitelock's book, Apocalypse Jukebox: The End of the World in American Popular Music. 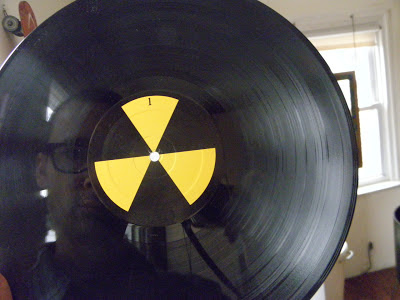